BABY? is a two-player tabletop rpg created for the DOS Games Jam. It's inspired by the DOS games Captain Blood, Commander Blood, and MULE, and is a hack of the game ASCII Delve by mv. The game is focused on exploration and players using images to communicate with each other.

In this game two players journey to a planet to assist in the excavation of ruins of an alien civilization from millions of years ago. The dig is an effort by The Alliance, a council consisting of humans and the other known alien races in the universe, that was created to establish peace.  One player is the Archaeologist, a human who was invited to investigate a glowing sphere-like artifact that was found in the dig.

The other player is a universal translator that uses a sequence of pictures to give a rough estimate of what other lifeforms are saying. The translator was created in the image of humans to help make them feel at ease while traveling the universe. Unfortunately, it has the appearance of an infant and many feel it has an uncanny valley effect that many find discomforting. The translator is known as the Baby.

The game is for two players and will take around 2-4 hours to play. Players will need the ASCII Delve Dice printed from here or digital dice, paper, and some pens or pencils.

The game is still in an early stage of development and will be polished over time as well as having the game's language tiles added to the digital dice rolling app.

License: Creative Commons 4.0 Attribution-ShareAlike 4.0 International License. You are free to share, adapt, and modify this game and distribute it, even commercially, as long as you give attribution and use this license as well. This license does not include the ASCII Dice by mv.

Sink to Swim - The game that inspired this, 2-4 players tell the story of a down-on-their-luck artist

Nostos? - Use the art dice to follow the journey back home of the ship The Voyager

MindExplorer - Inspired by 90s educational games, use custom dice to explore your imagination 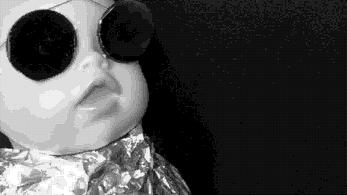